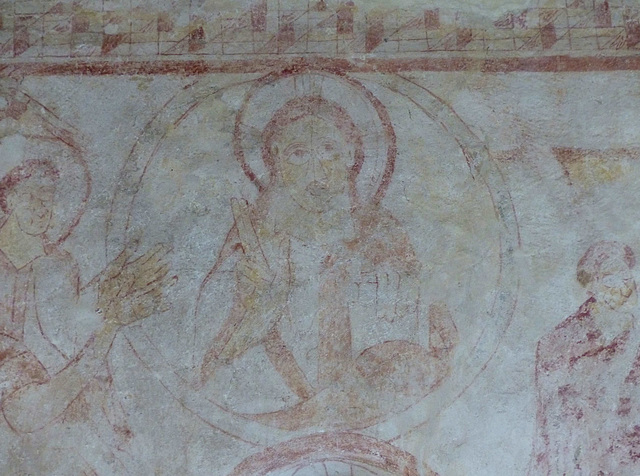 Inside frescoes were discovered under coats of paint in 1937. They are dated to around 1000. This may be one of the oldest depictions of Christ north of the Alps. There are strong parallels to the illuminated manuscripts, produced by monks in the famous scriptorium of the Abbey of Reichenau at the same time.
Suggested groups:
Comments