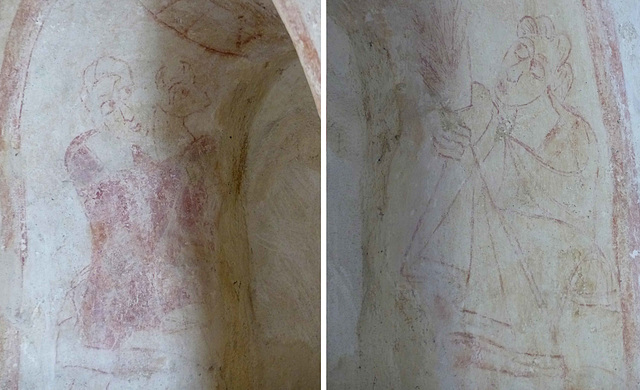 The frescoes show strong parallels to the illuminated manuscripts, produced by monks in the famous scriptorium of the Abbey of Reichenau at the same time. I see parallels to frescoes in Southern Tyrol as well (eg Naturns).

Here are two apostles in the niche below the mandorla.
Suggested groups:
Comments