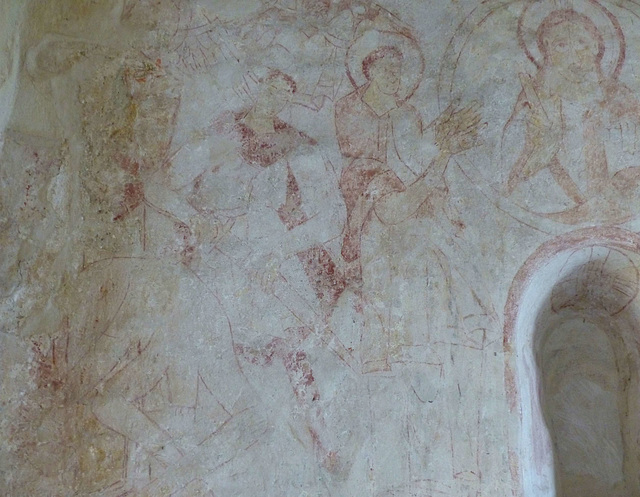 The frescoes show strong parallels to the illuminated manuscripts, produced by monks in the famous scriptorium of the Abbey of Reichenau at the same time. Seen here is the beheading of John the Baptist after "Herod`s Banquet".

"But on Herod's birthday, the daughter of Herodias danced before them: and pleased Herod. Whereupon he promised with an oath, to give her whatsoever she would ask of him. But she being instructed before by her mother, said: Give me here in a dish the head of John the Baptist. And the king was struck sad: yet because of his oath, and for them that sat with him at table, he commanded it to be given. And he sent, and beheaded John in the prison. And his head was brought in a dish: and it was given to the damsel, and she brought it to her mother."
Suggested groups:
Comments