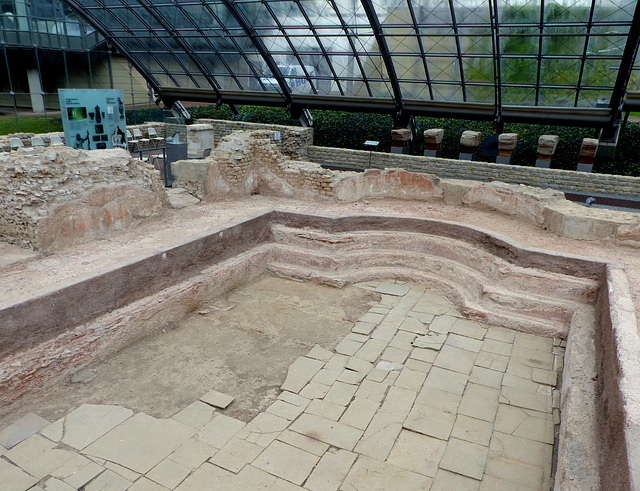 The Romans discovered thermal water here and erected temples and an imposing bathhouse. After Germanic had taken over the Roman buildings fell into disrepair and served as a welcome stone supplier for new buildings. Even Margrave Karl Friedrich von Baden had stones removed from the ruins the renovation of his local office, but he rediscovered the Roman bath and stopped the misuse. This slowly started the career of Badenweiler as a spa. In 1875 the first public "marble bath" was built and balneological therapies were offered. Doctors were enthusiastic about the beneficial effects of a cure here and sent their patients here to convalesce. Badenweiler developed into a glamorous health resort, that attracted international visitors.

When the Romans conquered this region about 70 AD, they brought with them their custom of bathing. Many of the thermal springs that had been used by the Celts became Roman spas. The bath in Badenweiler was constructed in several phases. In the second half of the first century AD, a small building housing two pools were erected. This was later followed by a reception area, changing facilities, the Roman equivalent of a sauna, with two cold pools, and stone terraces.

The ruin of the Roman bath in Badenweiler is the best-preserved and (under a glass roof probably) best-protected Roman bath north of the Alps. Here is one of the large basins.
Suggested groups:
Comments