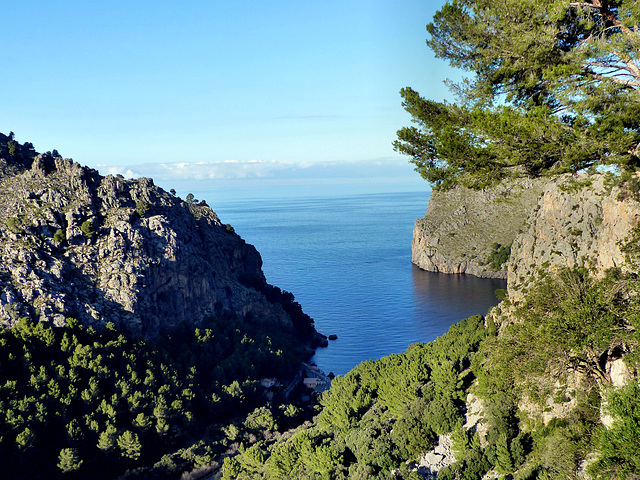 After the fall of the Western Roman Empire, the island was invaded by the Vandals in 425. The time of the Vandals ended, when Byzantine troops general took the island in 534. The first Muslim arrivals were in 707. These ended the Byzantine domination and established their own hegemony. Until 903, the island was part of the Umayyad Caliphate.
From Between 902 and 1229 the island was under Islamic control. James I of Aragon ( aka "Jaume el Conqueridor") conquered Mallorca in December 1229.

The Serra de Tramuntana, a mountain range in the west of Mallorca, running forms a kind of the backbone of the island. So the western coast is very rugged.
Suggested groups:
Comments