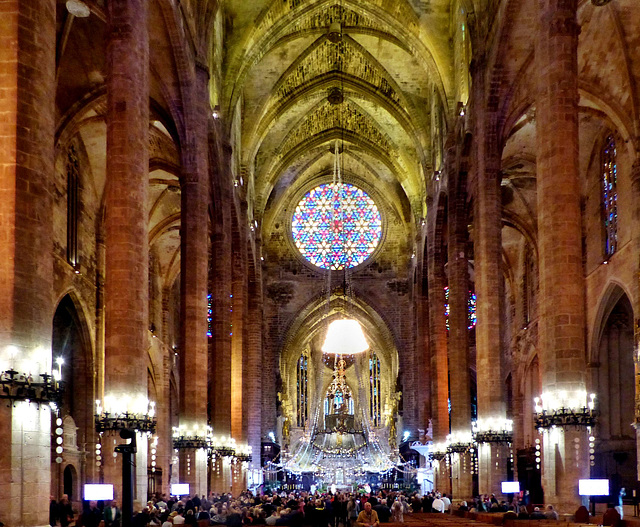 Palma is the political and economic centre of the autonomous region of the Balearic Islands. Palma is a Roman foundation from the time the island was occupied by the Roman Empire in 123 BC. Almost half of the island´s population of more than 890.000 today live in Palma.

From Between 902 and 1229 the city was under Islamic control. It was conquered after three months of siege in December 1229 by the troops of James I of Aragon ( aka "Jaume el Conqueridor"). Palma became the capital of the Kingdom of Majorca. After Jame´s death, Palma became joint capital of the Kingdom, together with Perpignan. The Aragonese expanded the city, so that at its heyday in the 16th century it had around 40,000 inhabitants.

The foundation stone for the cathedral was laid in 1230 by King James I of Aragon (Jaume el Conqueridor) after the conquest of Mallorca in 1229. It was erected in the Catalan Gothic style on the site of a former mosque. Under Jaume II, the son of the conqueror, the actual construction of the cathedral began in 1306 from the main apse. The nave was completed in 1587, the main portal was consecrated in 1601. Work on the main facade began in 1852 and was not finished until the beginning of the 20th century.

Christmas Eve in Palma, the parish gathers for the mass. Above them glows the largest Gothic rose window worldwide. The diameter of the window is about 13 meters.