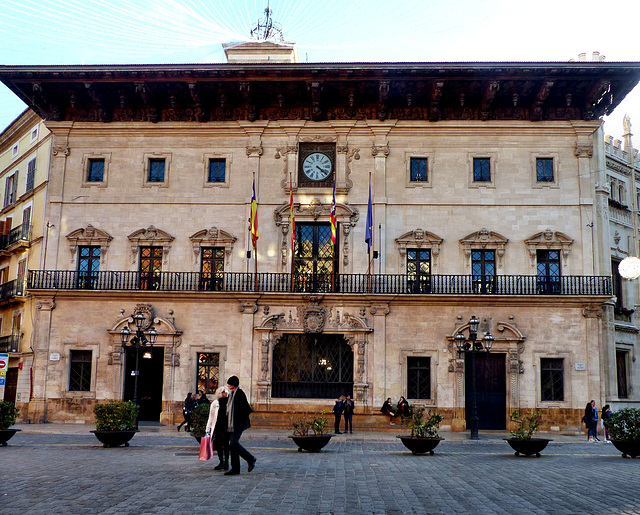 Palma is the political and economic center of the autonomous region of the Balearic Islands. Palma is a Roman foundation from the time the island was occupied by the Roman Empire in 123 BC. Almost half of the island´s population of more than 890.000 today live in Palma.

From Between 902 and 1229 the city was under Islamic control. It was conquered after three months of siege in December 1229 by the troops of James I of Aragon ( aka "Jaume el Conqueridor"). Palma became the capital of the Kingdom of Majorca. After Jame´s death, Palma became joint capital of the Kingdom, together with Perpignan. The Aragonese expanded the city, so that at its heyday in the 16th century it had around 40,000 inhabitants.

The "Ajuntament de Palma (Palma City Council) is popularly known as "Cort". The Baroque building, located in the Plaza de Cort, was built between 1649 and 1680.
Suggested groups:
Comments