Filter:  All| Martin M. Miles, who is gone for a walk
ACTIONS 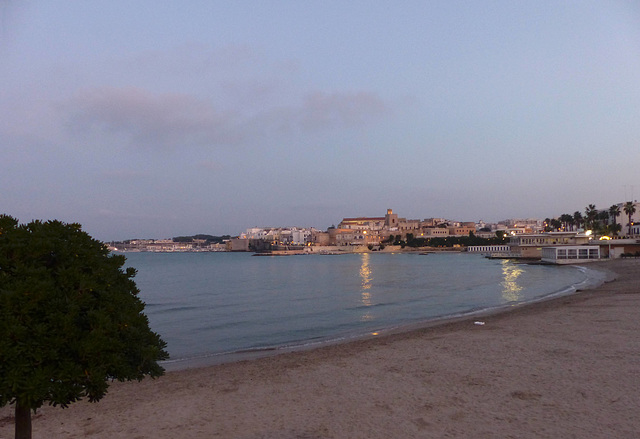 Otranto occupies the site of an ancient Greek city. It gained importance in Roman times, as it was the nearest port to the eastern coast of the Adriatic Sea.

After the end of the Roman Empire, it was in the hands of the Byzantine emperors until it surrendered to the Norman troops of Robert Guiscard in 1068. The Normans fortified the city and built the cathedral, that got consecrated in 1088. When Henry VI., son of Emperor Frederick Barbarossa, married Constanze of Sicily in 1186 Otranto came under the rule of the Hohenstaufen and later in the hands of Ferdinand I of Aragón, King of Naples.

Between 1480 and 1481 the "Ottoman invasion" took place here. Troops of the Ottoman Empire invaded and laid siege to the city and its citadel. Legends tell that more than 800 inhabitants were beheaded after the city was captured. The "Martyrs of Otranto" are still celebrated in Italy, their skulls are on display in the cathedral. A year later the Ottoman garrison surrendered the city following a siege by Christian forces and the intervention of Papal forces.