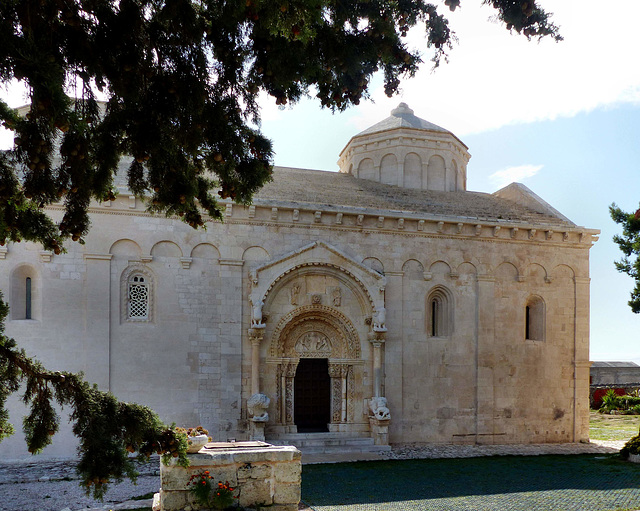 The "Abbazia di San Leonardo in Lama Volara" (aka "San Leonardo di Siponto") was probably founded at the end of the 11th century. It is dedicated to Saint Leonard of Noblac, a popular "Norman" saint.

The monastery initially served as a hospice for pilgrims on their way to the Saint Michael Sanctuary of Monte Sant'Angelo, an important pilgrimage site since the early Middle Ages. Later it also served as a place for travellers on their way to the Holy Land during the Crusades. Since 1127 Augustinian canons worked here, in 1261, the Teutonic Order took over the meanwhile dilapidated hospice and made the monastery to their centre of activities in Apulia. The Teutonic Order left in the second half of the 15th century