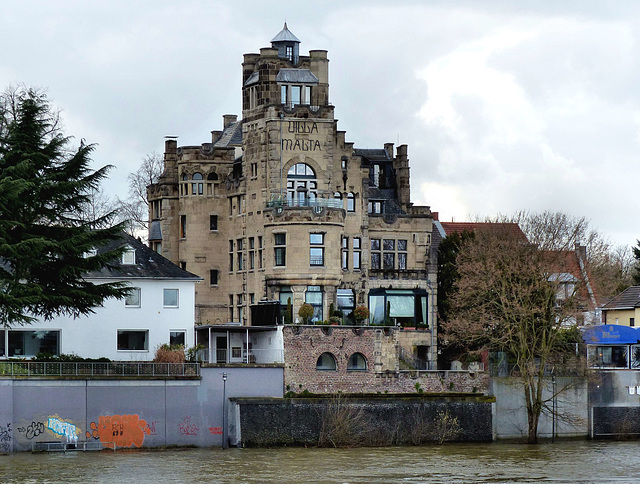 --
The "Villa Malta" is a castle-like structure located Rodenkirchen, a southern suburb of Cologne. The establishment was built in 1904 in order of the mayor of Rodenkirche and named after his wife "Villa Angonia". The building changed hands after WWI and was known as "Villa Maria" in the 1940s. It was acquired by the Sovereign Military Order of Malta in 1971 - and since then has the name "Via Malta", though the order left again. In 1985 the villa was restructured and converted into condos.
Suggested groups:
Comments