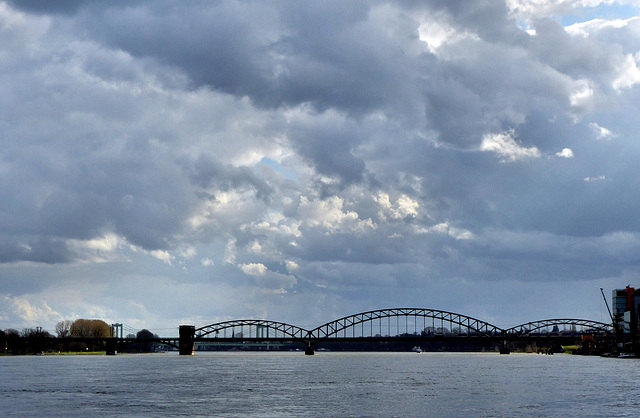 --
The Südbrücke ("South Bridge") is my favourite bridge. There are no cars, as this two track bridge is used by freighttrains, pedestrians and cyclists. The bridge was built from 1906 to 1910. During the construction works in 1908 the middle arch collapsed, an accident in which eight workers were killed.

In WWII the bridge was largely destroyed in an air raid in January 1945. It got rebuilt an opened for operation again in 1950.