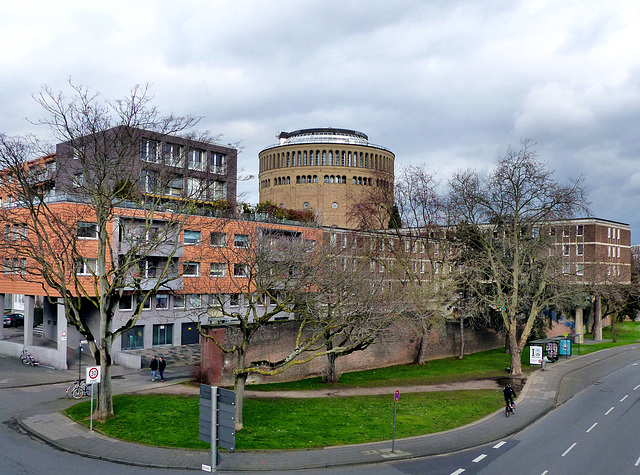 --
The increasing population of Cologne during the 19th century required an improved drinking water supply. In 1864 London engineer John Moore was awarded the contract to design a water tower, which could supply 170,000 residents. However, the actual construction started in 1868 was smaller. The cylindrical water tower is 35.6 meters high with a diameter of 34 meters. It could held 3,650 m³ of water and was, completed in 1872, the largest water tower in Europe. The water tower was used until about 1930.

It was damaged during the WWII and for years the former water tower remained a ruin. In 1985 investors took over, planning a for a cost of 20 million DM the conversion of the water tower into a luxury hotel.
The unusual hotel was completed in 1990.
Suggested groups:
Comments