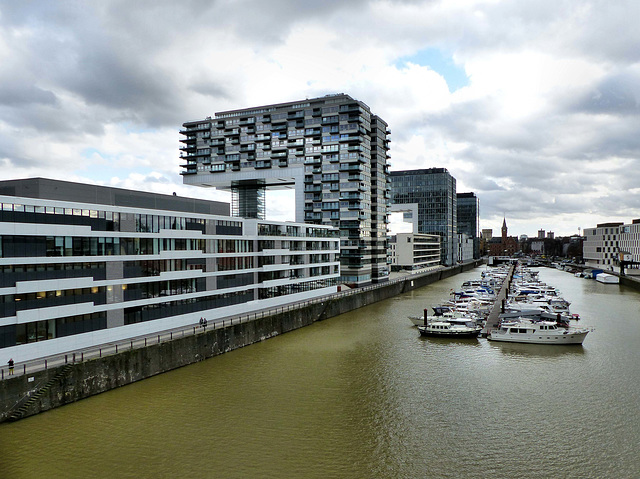 --
Cologne´s "Rheinauhafen", the former harbour was developed during the 1880s on the bank of the Rhine. It spanned about 2kms along the river

A "Rheinauhafen" redevelopment project and reconstruction started in 2002 and was completed 2011. While the formerly commercial port is now being used as a marina, most buildings (some are former wharehouses) house numerous prestigious companies, posh flats and expensive restaurants.