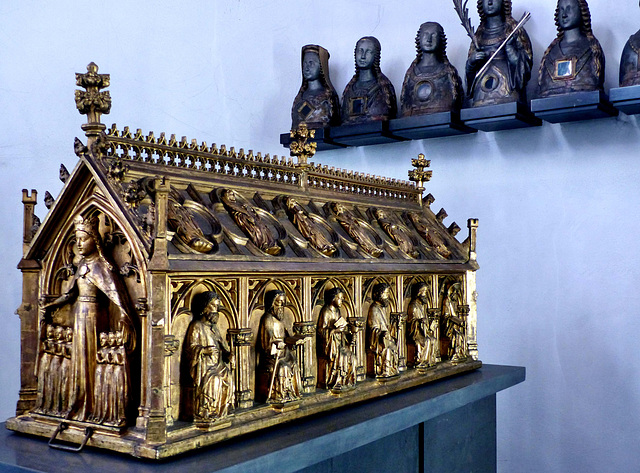 Historically St. Johann Baptist is one of the oldest churches in Cologne, first mentioned in 948, this was a parish church since 1080.

St. Johann Baptist was almost completely destroyed. Only some walls of the Romanesque nave could be integrated into the church, that was "rebuilt" in the late 1950s in modern, sober style.

Some furnishings of the old church survived the war. One is the shrine of St. Antonina, a companion of St. Ursula, from the 2nd half of the 14th century - and the reliquaries behind
Suggested groups:
Comments