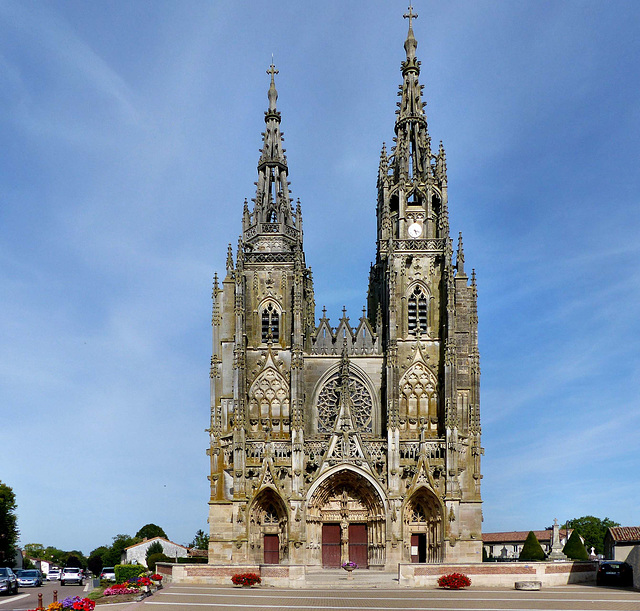 In 2009 I had left Chalons-en-Champagne very early morning and found "Notre-Dame-de-l'Épine" in the middle of nowhere. In a village with a population of a couple of hundreds.

Now I knew about the flamboyant Gothic basilica - and it is still baffling to approach it.

Since the 13th century a small church, dedicated to the Virgin, was known here, that developed into a place of pilgrimage. Rich donations made the erection of the church seen today possible. The construction started in 1405 and was completed in 1527.

The large statues of the portals were destroyed during the French Revolution. At that time both towers had the same height of 55 metres but the spire of the northern tower was demolished in 1789 in order to build an optical telegraph for the Strasbourg-Paris route. The tower was rebuilt in 1868. Fortunately, the operators of the telegraph had stored most of the spire. So only one floor was lost