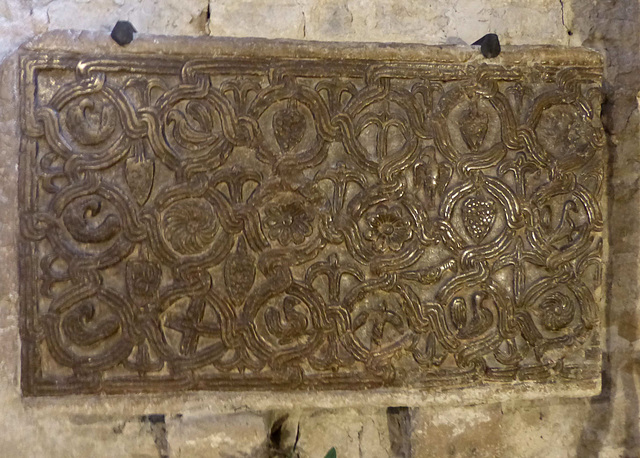 Here is one of the Carolingian carvings that are now placed on the columns. Note the details, there are birds, grapes, flowers..
Suggested groups:
Comments