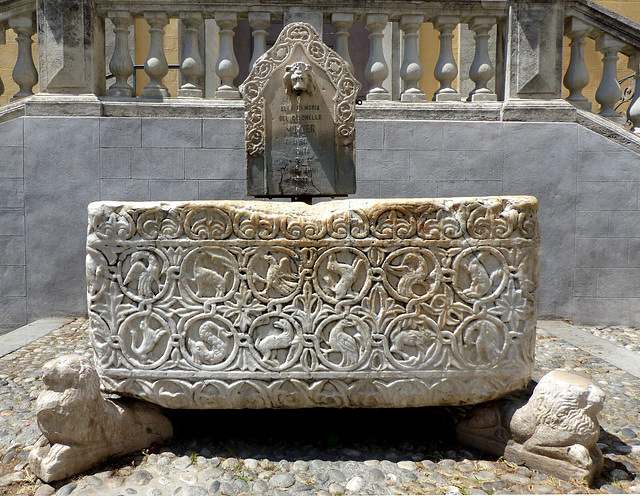 -
This fountain is located in front of the "Oratorio dell' Immacolata Concezione" and it is way older than the structure behind. It is placed on two small "portal lions". I could not find any information about it.
Suggested groups:
Comments