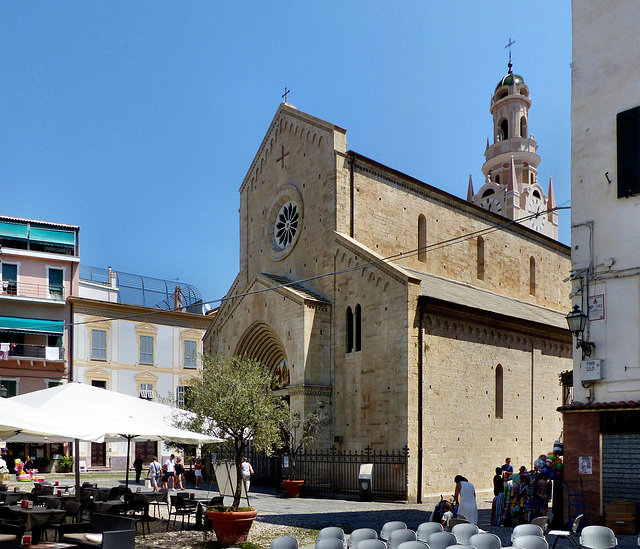 Sanremo has Roman origins, it prospered in the Middle Age, when the population moved from the coast to high grounds. The town (named
"La Pigna" was walled for protection Saracen raids.

-
A church existed here already in the 9th century. The church of today was built by Comacini masters in the early twelfth century. From 1619 on the church got modified and finally, the Romanesque structure was transformed into Baroque in 1668. In 1745 a bombing carried out by an English naval formation caused the collapse of part of the roof and facade. After the revolt against the Republic of Genoa in 1753, the bell tower got demolished for punishment. It was then rebuilt in Baroque style

In 1901 restoration works were started on the Romanesque aspect. These works were officially completed in 1948.