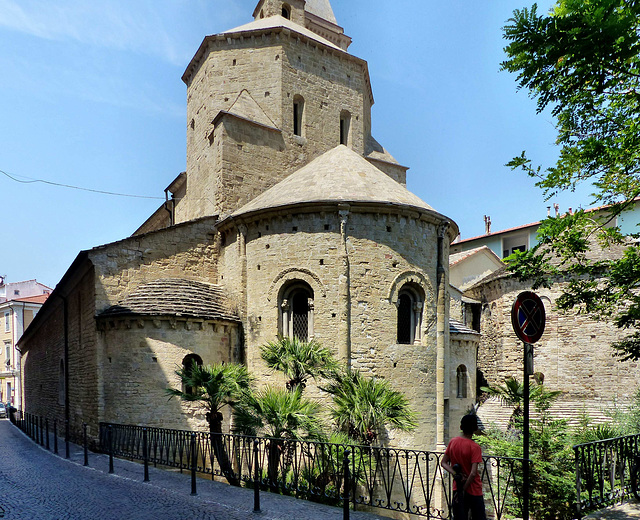 -
The three apses of the cathedral. Next to the small left apse stands the Baptistery, which is a very unusual location. Most baptisteries can be found west of the churches, not east like here.

The octagonal Baptistery is dedicated to St. John the Baptist. Since the 17th century, it is divided into two levels. The upper floor hosts a baroque chapel.

For long the Baptistery was dated to the 7th century by scholars, but it is younger and was probably erected together with the cathedral at the end of the 11th century over an older building probably datable around the 7th century.

Equally remarkable, the backside of this Romanesque church!
19 months ago. | Permalink

Yes, there are some nice corbels.
19 months ago. Translate | Permalink