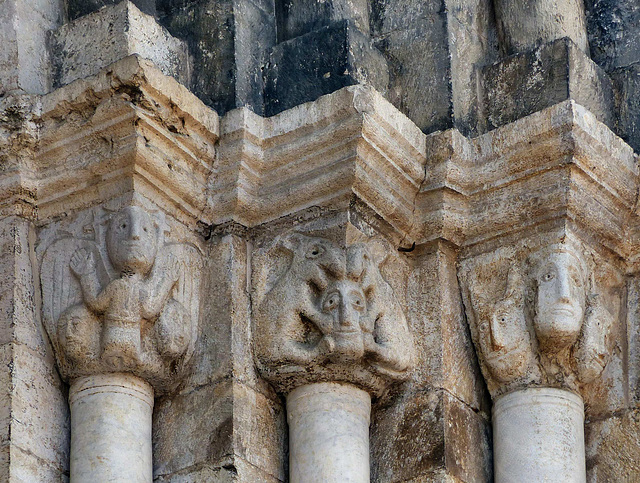 -
The Cathedral of Ventimiglia was erected between the 11th and 12th century on the ruins of a previous cathedral of the Lombard / Carolingian period. This again had been built on the site of a Roman temple dedicated to Juno.

The Chapter of the Cathedral was confirmed by Pope Lucius III in 1182.

Originally the church had a single nave, but already in the 12th century, it got completely rebuilt with three naves.

The portal with the pointed arch seen here is from the 13th century.
The capitals, that flank the doors are clearly Romanesque. Hares eating or torturing men are a strange subject. I remember them from Conques and from Koenigslutter.