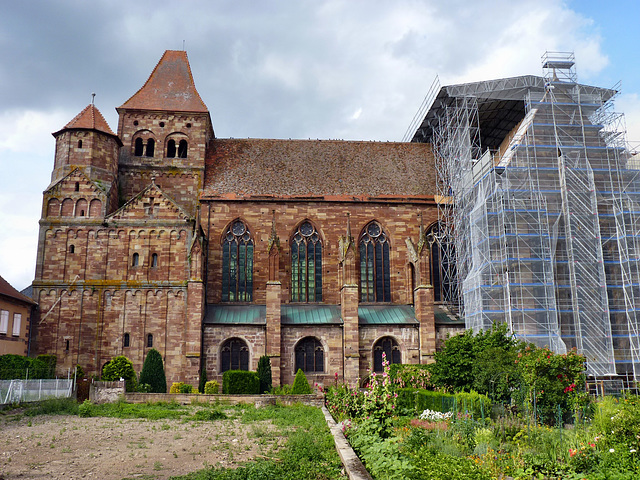 Marmoutier, founded in the late 6th or 7th century by Saint Leobard was
a community of Irish monks under the Rule of St. Columbanus. It was important Merovingian abbey in Alsace, that introduced the Regula Benedicti in 728. Monastic reformer Benedict of Aniane was abbot here, when (his friend) Louis the Pious was in power.

Here the different stages of construction are visible. The westwork-facade on the left was built around 1140/50). The gothic hall and the transsept were added between 1225 and 1300. The choir to the right, under renovation at the moment, was built 1761 to 1769. At that time it was planned, to replace the romanesque westwork with a baroque facade, but the French Revolution stopped that project.
Suggested groups:
Comments