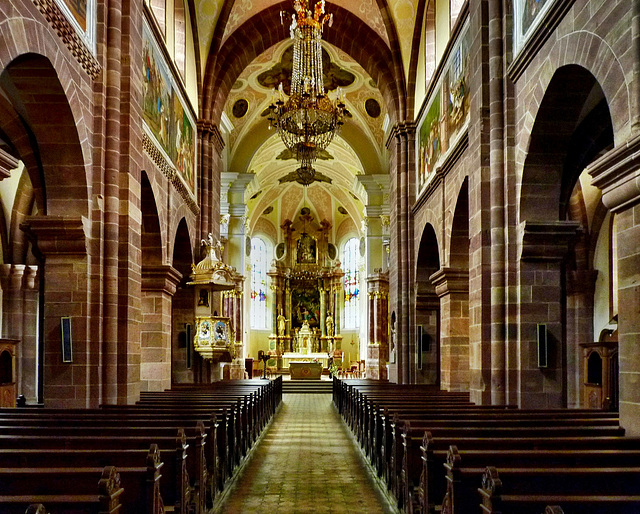 A benedictian abbey was founded here in 960. The first church of this abbey got consecrated in 974. Pope Leo IX, descendant of the founder, transferred the relics of Saint-Cyriaque (an early martyr) to Altdorf, when he still was Count of Egisheim-Dagsburg.

During the last decades of the 12th century this first church was replaced by a basilica, built from reddish sandstone.

Standing in the west of the nave facing east. The romanesque structure is clearly visible, though the decorations (pulpit, frescoes under the clerestory) are as baroque as the choir.

The convent in Altorf existed upto the French Revolution - and since then Saint-Cyriaque is a parish church.
Suggested groups:
Comments