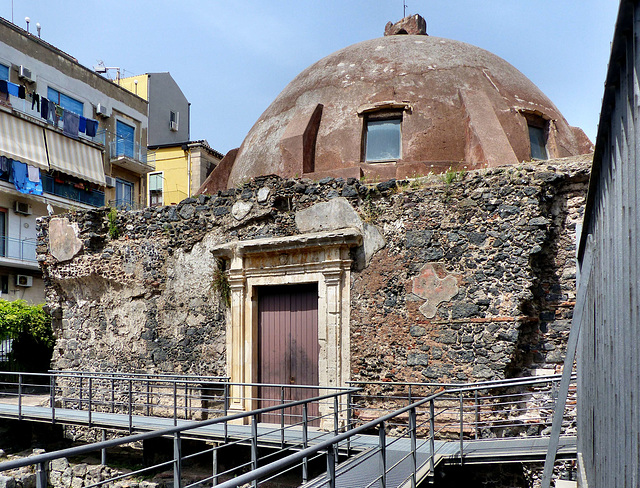 -
The complex is home of important archeological finds. Pre-existing traces of Eneolithic and Greek age have been observed here. Between the first and the second century AD a vast thermal plant was built, which remained in use until the 6th century, when it got transformed into the church "Santa Maria della Rotonda"in the Byzantine era.

From the ninth century on, a large cemetery area was built among the ruins of the baths. This was intensely used until the 16th century .
Suggested groups:
Comments