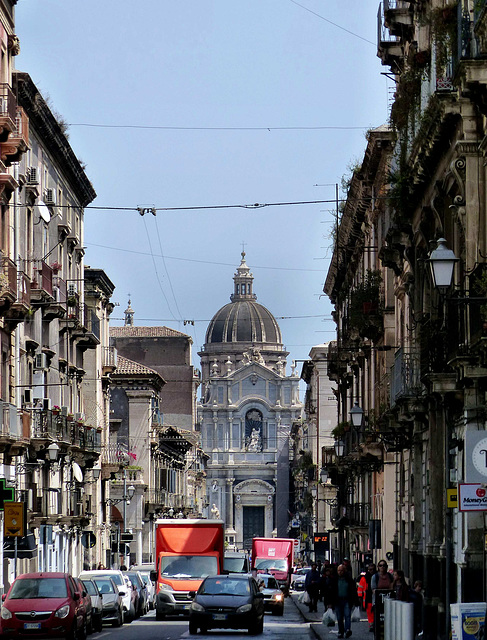 -
The Catania Cathedral was originally constructed in 1078-1093 by order of Roger I, on the ruins of the ancient Roman Achillean Baths. Roger had just conquered the city from the Islamic emirate of Sicily.

The building has been destroyed and rebuilt several times because of earthquakes and eruptions of the nearby Mount Etna.

Already in 1169 it was almost entirely destroyed by an earthquake, further damage was caused by a fire in the same year. The most catastrophic event was the 1693 earthquake, which again left it mostly in ruins. It was subsequently rebuilt in Baroque style. From the distance the cathedral´s large dome, completed in 1802, is visible.