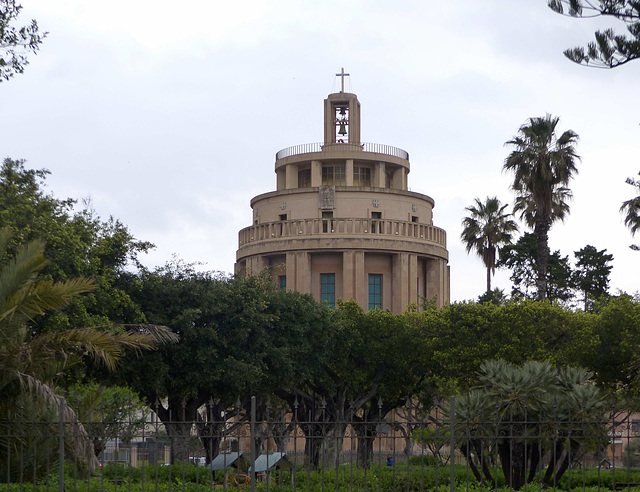 Syracuse, founded by Greek settlers in 734 BC, developed into the most powerful city on the island in the early times. Syracuse withstood the attacks of foreign conquerors over a long period, but in 212 BC it became a Roman city. After the fall of the Roman Empire, Syracuse came under the rule of the Vandals and then the Ostrogoths. Then for three centuries, Syracuse was part of the Byzantine Empire, before the Arabs conquered the city in 878. In 1038 Byzantine troops took over and the "Castello Maniace" was erected. Already in 1086 Roger I sieged Syracuse and conquered the city. In 1221 Emperor Frederick II took over and had the Castello Maniace rebuilt. He as well had the episcopal palace erected.

The round "Chiesa di San Tommaso al Pantheon" is the monument to the fallen soldiers of the First World War. The church was designed by Gaetano Rapisardi in 1919.