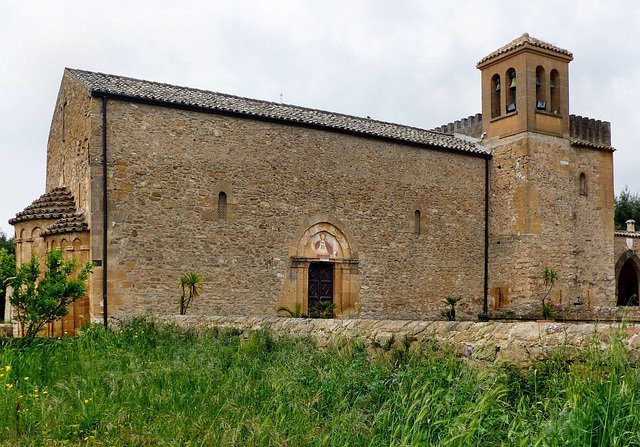 The "Abbazia di Santo Spirito" was built on a fortified Arabian hamlet. The abbey was comissioned by Roger II and his wife Adelasia to evangelize the Arabian population, scattered in the countryside around. The church was consecrated in 1153 and antrusted to the Augustinian regular canons. Tower and arch go back to the Arabian period, while the apses show Normannic/Romanesque style.