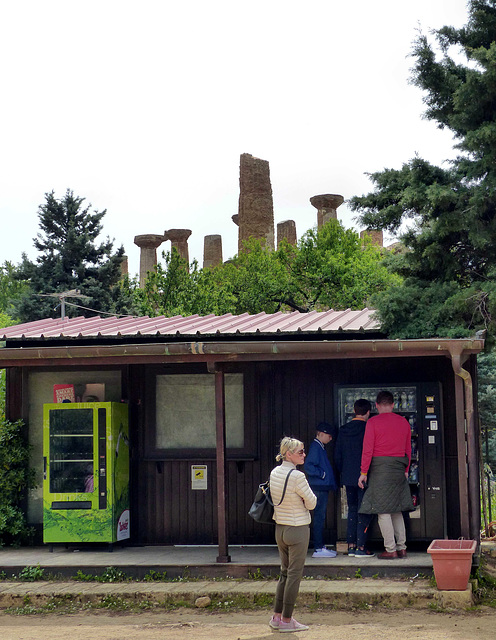 The "Valle dei Templi", located on a ridge, just south of Agrigento, is where the Greek had founded the polis "Akragas" in 532 BC. It developed into one of the most important ancient Greek cities in Sicily. This importance is still visible in a number of monumental temples, built in the 5th century BC along the southern wall of the city.

Over centuries most buildings decayed and were often used as a quarry. Excavation and restoration began mid of the 18th century when general interest in Greek antiquity arouse. So the ancient sites were attracting attention - and visitors.

Today thousands of visitors pass the gates to the Valle dei Templi every day. For the refreshments, a little kiosque is installed equipped with vending machines.
Suggested groups:
Comments