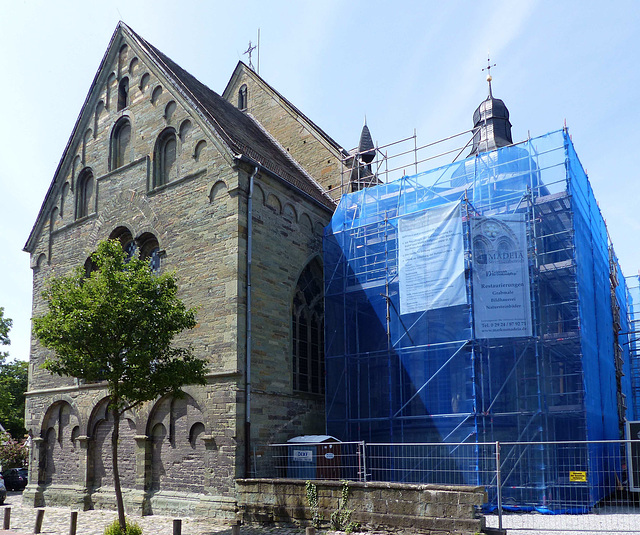 Soest has still a couple of wonderful medieval, Romanesque churches, built with the regional greenish sandstone. The "Hohnekirche" (officially "St. Maria zur Höhe") is one of them. The church was built in its present form from 1180 and is one of the oldest hall churches in Westphalia. It replaced an older church here.
"St. Maria zur Höhe" in Soest is a pretty unique church. A kind of treasure-box, just about 200 m apart and shadowed by the better known "Wiesenkirche". Such a church needs constant renovation, so friends' association "Verein zur Erhaltung der Hohnekirche e. V." was founded in 1982 to support the efforts.

The association has a nice website (in German) with valuable informations.