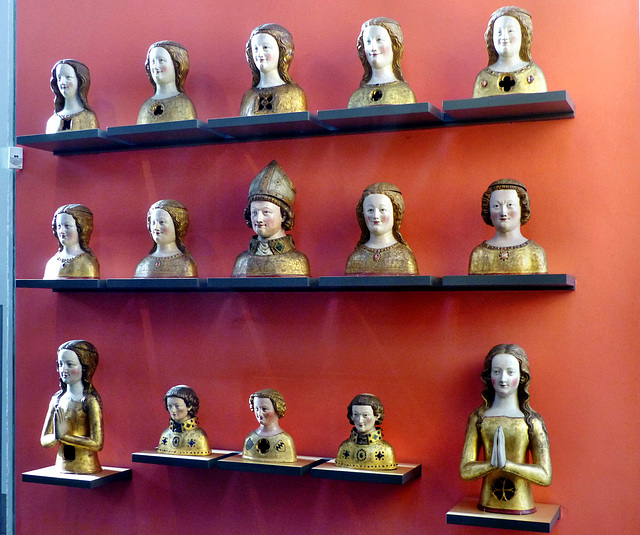 The legend tells, that Saint Kunibert, who was bishop of Cologne and advisor to King Dagobert I, founded a monastery here. In its center existed a church, dedicated to Saint Clemens, where St. Kunibert was buried.

Around 1210 the construction of a new church began. The choir was completed in 1226. St. Kunibert was consecrated in 1247, just a year before he Gothic cathedral was begun. So this is the "youngest" of the Romanesque churches in Cologne.

As a result of the secalurization the monastery ceased to exist in 1802. The church remained in use by the local parish.

In 1830 the the western tower collapsed during a storm. It got rebuilt until 1860 but got ruined in 1944, when the church fell into ruins due to the air raids. Reconstruction of choir and nave were finished 1955, however rebuilding of transept and western tower were only started in the late 1970s, after a long controversial dispute. Reconstruction work was finally finished in 1993.

The church treasury of Saint Kunibert is kept and displayed in a kind of aquarium out of security glass. These head reliquaries were a special product, produced in Cologne in great numbers. Digging in a Roman necropolis, later named "Ager Ursulanus", folks had found the relics of St. Ursula and her 11.000 martyred companians. This started a real reliquary industry. Many of the virgins´ faces produced here had a specific, vague smile, what was called "Kölsches Lächeln" ("Cologne Smile") in that times.
Suggested groups:
Comments