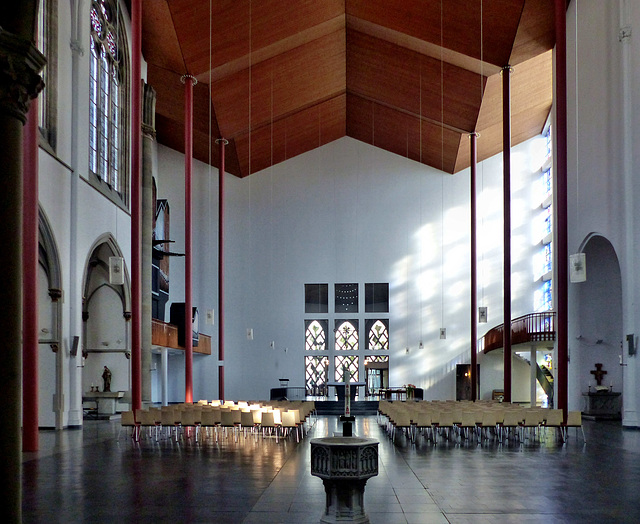 During WWII Cologne was bombed in 262 separate air raids. In April 1945, when the American armee reached Cologne, the city was completely ruined. About 90% of all houses in the inner city were - gone. In 1939 Cologne had had a population of more than 700.00. In spring 1945 there were only about 40.000, living in the ruins. So most of the buildings in Cologne are pretty "young".

The Herz-Jesu church, erected in the center of the "Zülpicher Platz" from 1893 on, got severely damaged during the air raids. So after WWII only the neo-Gothic tower and a part of the choir could got restored between 1953 and 1957. The nave, seen here, got rebuilt in a modern style.

casino has particularly liked this photo