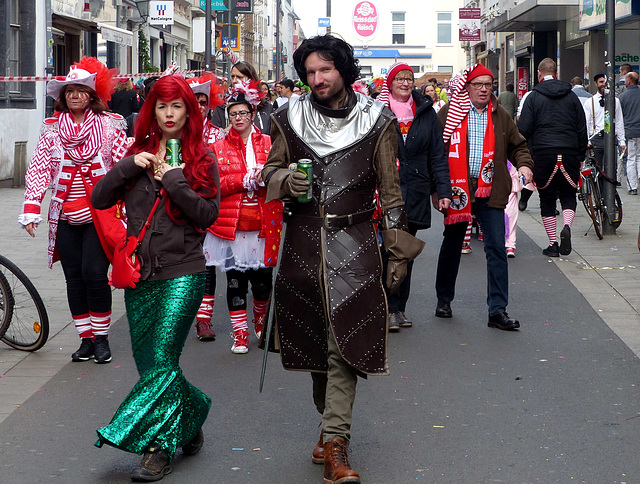 Carnival has a long tradition not only in Cologne, where it is known and often got suppressed since medieval times. The French did not like it, but allowed carnival in 1804, from then on, carneval societies were founded often making fun of (French and later Prussian) militarism.

The "fifth season" (carnival season) is declared open at 11 minutes past 11 on the 11th of the 11th month November. That is the time of balls and sessions. The carneval hits the streets on Fat Thursday (Weiberfastnacht) with a declaration at the Alter Markt square at 11.11h. on the Thursday before the beginning of Lent.

Shops are closed, pubs are open, Cologne folks are masqueraded, sing and dance. For somebody not born here - it feels a bit strange.
Suggested groups:
Comments