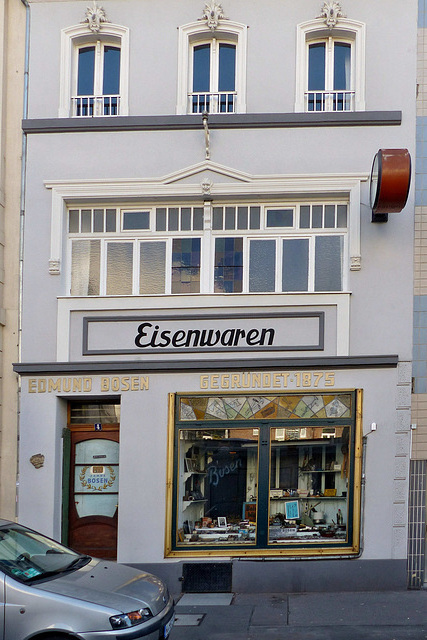 
Johann Wilhelm Bosen founded this hardware shop in 1875. Edmund Bosen run the shop in Köln-Sülz until his death in 1984. His wife Agnes closed the store end of 1998 for reasons of age. Since then the old shop has fallen into a deep sleep.
Suggested groups:
Comments