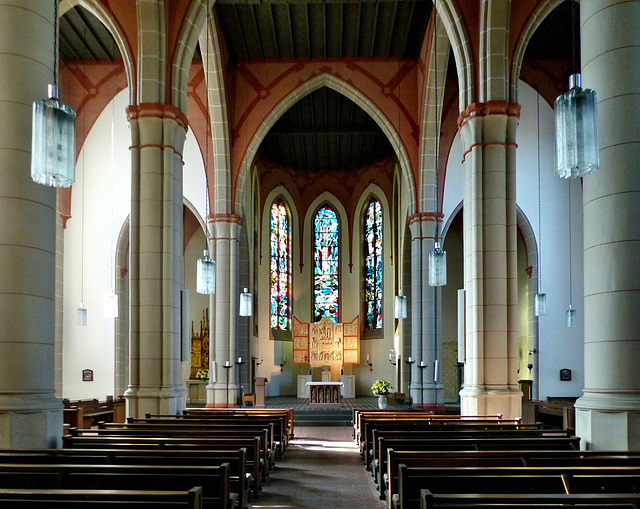 Cologne´s population growth end of the 19th century was immense, near villages got incorporated into the city - and churches were erected.
In 1906 the foundation stone for neo-Gothic "St. Mariä Empfängnis" ("Immaculate Conception") was laid. Two years later the church got consecrated. The tower with its art deco top was added 1927 - 1929. During the air raids in 1943/44 the church got nearly completely destroyed. In 1951 the rebuilding process of the church started, that took two years. The new organ and the windows were completed later.