Filter:  All| Martin M. Miles - on the road again.
ACTIONS 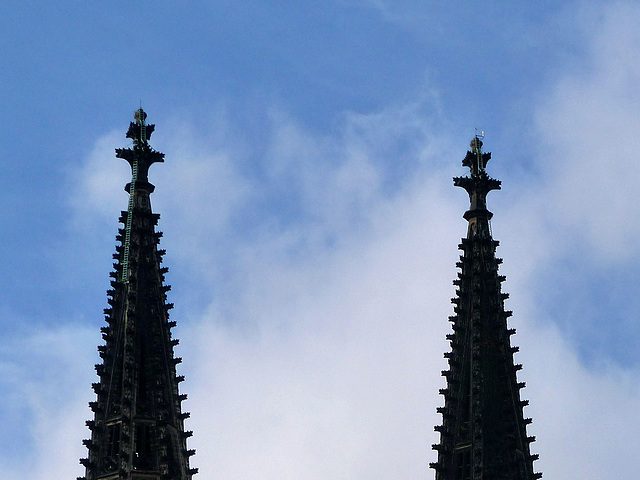 The foundation stone of the Cologne Cathedral (Kölner Dom) was laid on 15 August 1248. The eastern arm was completed and got consecrated in 1322. In 1473 the works came to a halt, leaving the south tower complete up to the belfry level and crowned with a huge crane for the next 400 years.

After the original plans for the façade had been found in Darmstadt and Paris 1814/1816 it was decided to complete the cathedral. Two thirds of the costs were raised by civic efforts, while the remaining costs were covered by the Prussian state. The state saw this as a way to improve its relations with the large number of Catholic subjects it had gained in 1815, when the Catholic Rhineland was added to the Protestant Prussian Kingdom.

In 1842 Frederick William IV of Prussia and Johannes von Geissel, later archbishop of Cologne, laid the foundation stone for the completion. In 1880, 632 years after construction had begun, the Cologne Cathedral was completed. The celebration was attended by Emperor Wilhelm I.

At 157,38 meters tall, it was the tallest building in the world for some years.