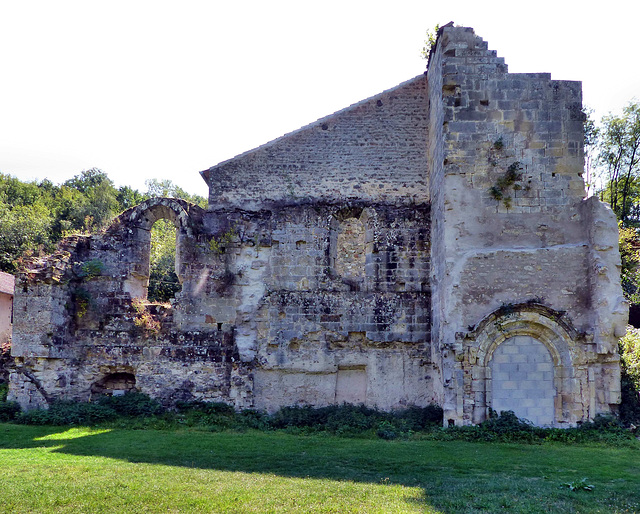 The Morimond Abbey was founded in 1115 by Stephan Harding, the third abbot of Cîteaux, financially supported by Odelric of Aigremont and his wife Adeline of Choiseul. Morimond was one of Cistercian primary abbeys (abbaye primaire"), whose importance in medieval times was immense.

After establishing Morimond, the first abbot here, Arnaud I (aka "Arnold the German", started to found numerous colonies ("filiation") in France, Germany, Poland, Bohemia, Spain, Cyprus and England. Just to name a few: Kamp Abbey (1123), Ebrach Abbey (1126), Heiligenkreuz Abbey (1134), Aiguebelle Abbey (1137), Maulbronn Abbey (1138), Dore Abbey (1147), Stolpe Abbey (1153)... Morimond later continued to be active in the foundation of new Cistercian houses, so much so that towards the end of the 18th century, Morimond counted amongst its filiations nearly seven hundred monasteries and nunneries.

During the Wars of Religion Morimond was destroyed, it got later rebuilt but finally abandoned in 1791, when the last monks got expelled. The building were sold and dismanteled stone by stone. The church survived the times, but fell into ruins in the 19th century.

"Morimond" is from the Latin "mori mundo", or "Die to the world". All who entered these Cistercian abbeys in the 12th century renounced worldly life.
Suggested groups:
Comments