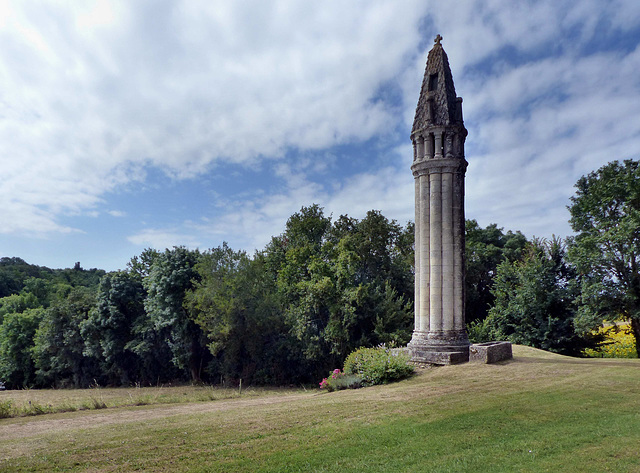 Fenioux, a small village, has the wonderful parish church "Notre-Dame de l’Assomption", built in the 12th century. I have taken many photos during previous visits. I now I waited for friends, as I had suggested to meet here.

I walked over to the "lanterne des morts", as thisone is one of the nicest "lanterns of the dead" in France. It was probably erected within the 12th century.

A spiral staircase (33 steps) is inside. Excavations proved, that the site was used for pagan rites already during Celtic times.