← All with the keyword: Cologne War Cemetery 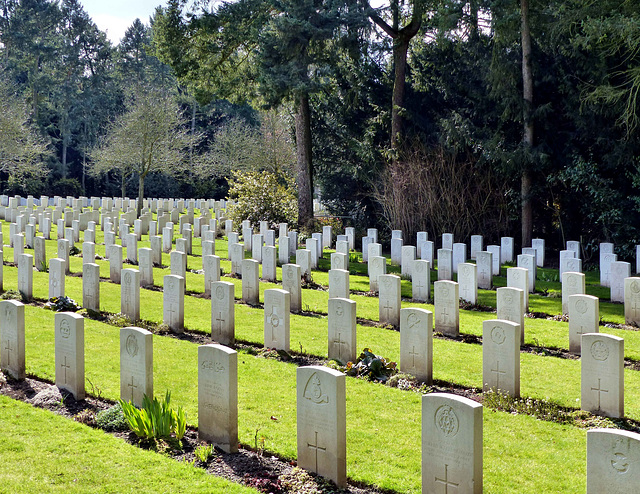 The "Southern Cemetery" is the largest cemetery in Cologne. The cemetery, laid out as a parkland, was opened in 1901. About 40.000 civilian victims of the WWII bombings of Cologne are buried here. The quiet area includes two large war cemeteries.

The "Cologne War Cemetery" is cared for by the "Commonwealth War Graves Commission". More than 1000 Allied prisoners were buried here during WWI. Commonwealth forces entered Cologne in December 1918 and the city was occupied unto 1926. In 1922 it was decided that the graves of Commonwealth servicemen who had died all over Germany should be brought together into four cemeteries. This is one of the the four. More then 1600 graves were moved to Cologne at that time.
Suggested groups:
Comments