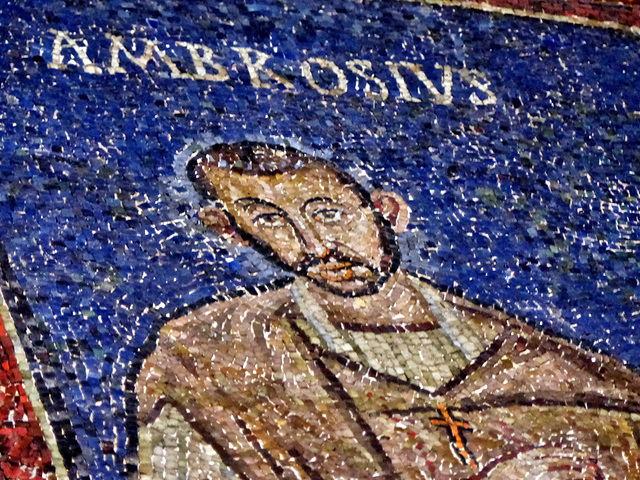 The Chapel of Saint Victor is actually known under "Ciel d'Oro" (= Golden Sky) - and it got the name from the wonderful mosaic, that was made around 470. It is said that Ambrose buried his brother Satiro here. The chapel stood alone for several centuries before it was transformed into a small basilica and incorporated in the larger basilica complex within the 15th century.

Ambrosius´ face is depicted with an astounding realism, what is unusual for that time. This mosaic might be an actual portrait.