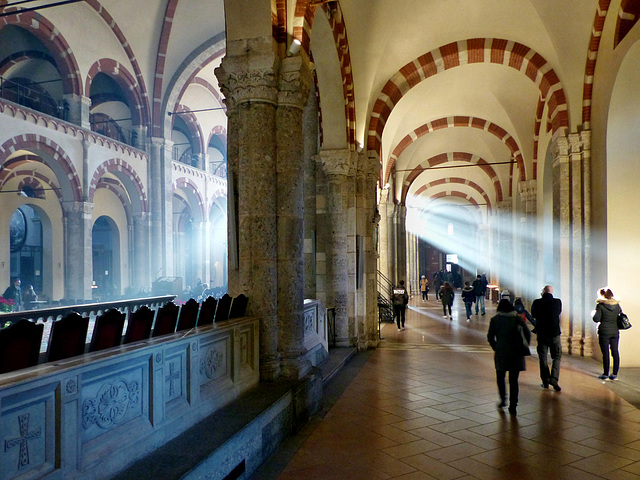 Light floods through the Basilica of Sant'Ambrogio in the later afternoon.