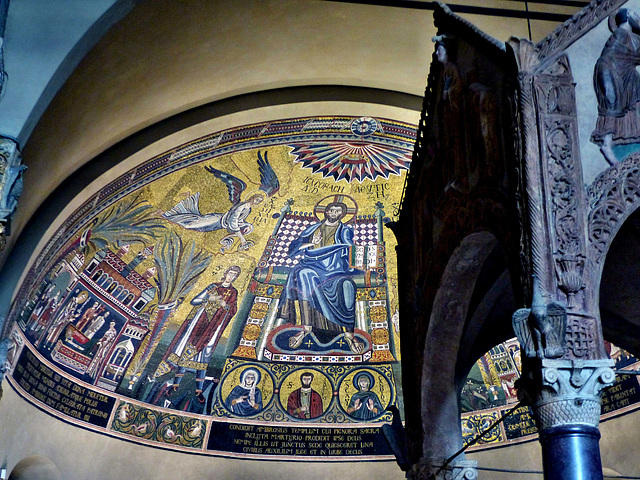 The large apse was built, when Angilberto II (+859) was bishop here. The mosaic was done at that time (but later "renovated"). Christ in Majesty flanked by martyrs Protasio and Gervasio and the Archangels Michael and Gabriele. Gervasio and Gabriele are on the right side - and not ti be seen from this pov. To the left a scene from the miraculous life of Saint Ambrose.