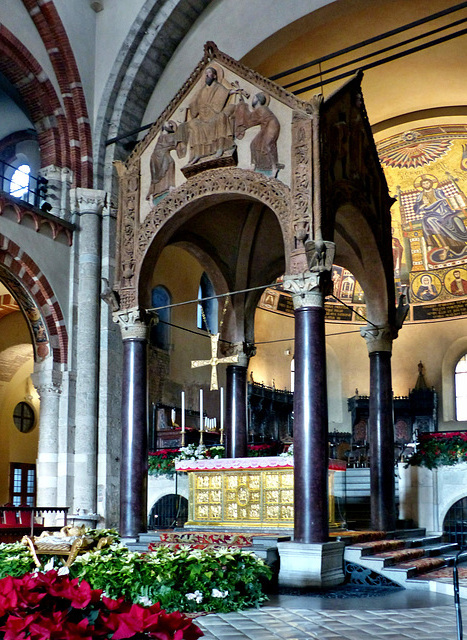 Only a few traces of the first church can still be found, as in the centuries after its construction, the basilica underwent numerous restorations and reconstructions. The current Romanesque church, mostly built in brickwork, was begun around 1080.

The altar is located at the same place as in the time of St. Ambrose, and it seems, that the columns of the ciborium over the altar never have been moved. They still rest on the original pavement. The ciborium was ordered by Bishop Lorenzo after 494. Bishop Angilberto II (+859) donated the golden altar in the center. It was created by Master Volvinius, who signed his work.

The stuccoes, resting on the four porphyry columns, may date back to the last decades of the 10th century as members of the Ottonians could be identified.