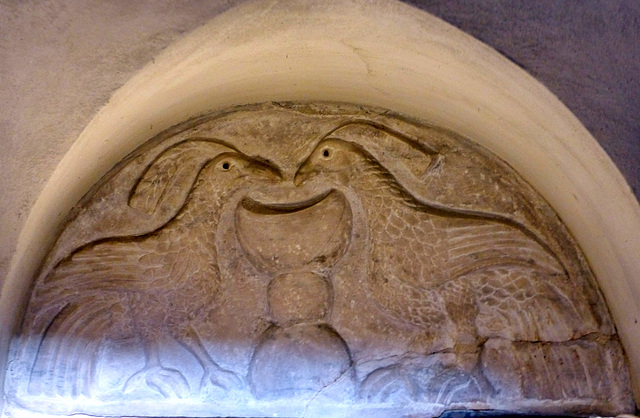 Two birds, drinking from a chalice is an icon going back to Greek, Roman, Byzantine and Sassanian sources.

In Christianity it developed into an Eucharistic symbol associated with Baptism and Resurrection.
Suggested groups:
Comments