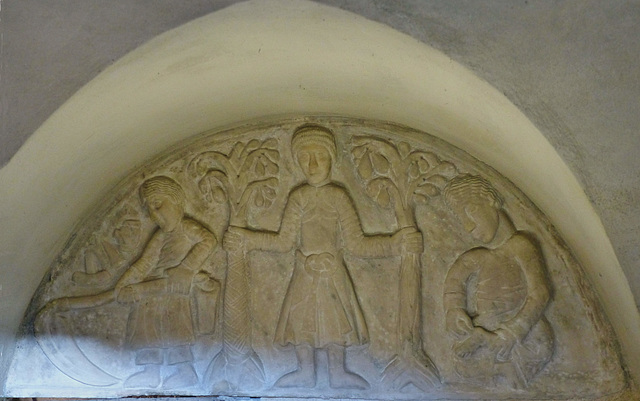 Between the ambo and the sarcophagus are some semicircular lunettes. They again differ style and in icons. Some scholars see here the "Labors of the Months".

Here the person to the left (with a scythe) would stand for June or July, while the man holding the would symbolize April. The person to the right is a "spinario". He is trying to pull a thorn out of his naked foot - and does not stand for a month of the year.