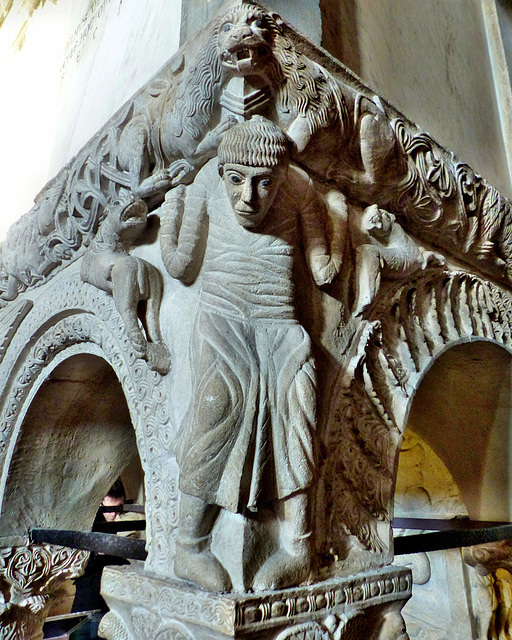 The atlant (= telamon), surrounded by lions is attributed to the second master (or workshop), who worked here, named "Maestro del Telamone". The style is more complex and sculptural.