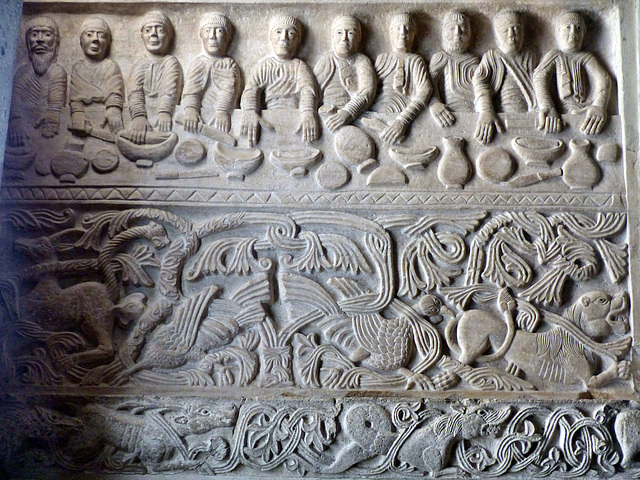 Above a "scary" underground, where giant chicken and chimeras hunt, is a scene that may be the Last Supper, but here 11 persons (only 10 can be seen from this pov). The number is incorrect. So it could well be an "agape-meal" for poor and hungry christians.

The carvings and sculptures of the ambo were created be two master-carvers (orworkshops) with different artistic styles. This scene is attributed the "Maestro della Cena", as this is his major work.