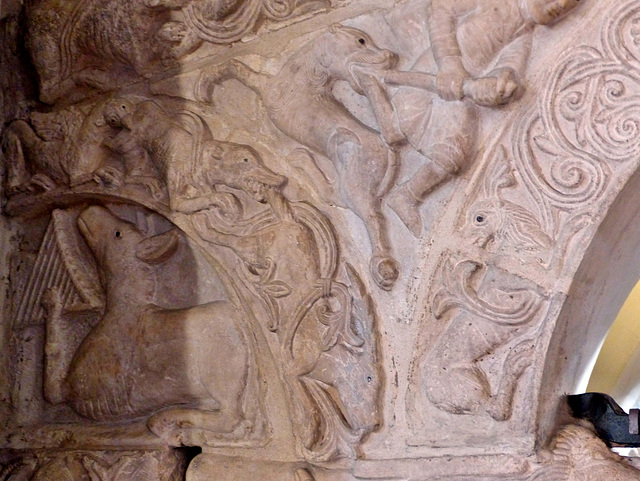 A donkey playing harp is a very common icon in France (standing for foolishness/idiocy). Above the donkey is a griffin biting a dog biting a deer, while on the right a fightened hare watches the scene. In the triangle above a man fights a lion.
Suggested groups:
Comments