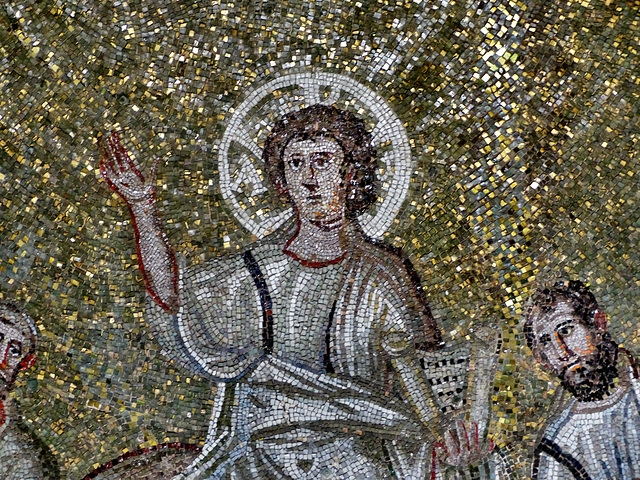 The octagonal Cappella di Sant'Aquilino dates back to the 5th century (some scholars date it to the 4th. c.). It features some very interesting Paleochristian mosaics.

The only complete mosaic in the chapel depicts Christ among the Apostles. Here Christ is is young and without a beard, an icon that is often connected to Arianism (eg Ravenna, Arian Baptistery). The nimbus frames a Chrismon between Alpha and Omega.
Suggested groups:
Comments