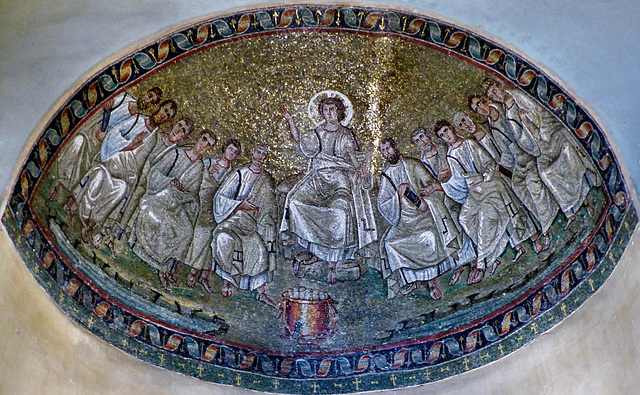 The octagonal Cappella di Sant'Aquilino dates back to the 5th century (some scholars date it to the 4th. c.). It features some very interesting Paleochristian mosaics, reminding stronly on the Byzantine mosaics in Ravenna (eg San Vitale, Sant’Apollinare Nuovo). .

This is the only still complete mosaic. Christ among the Apostles in a meadow between two streams. Christ is depicted as young (beardless!) with a nimbus framing a Chrismon between alpha and omega. Peter is on the right, Paulus on the left. A case with seven scrolls is in the foreground.