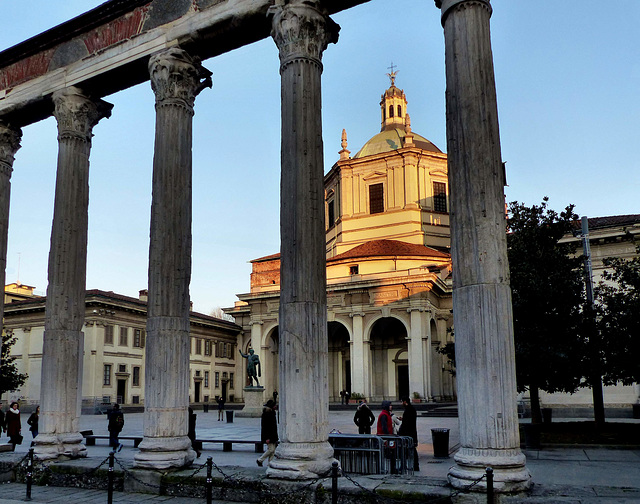 Located in front of the Basilica of San Lorenzo is the "Colonne di San Lorenzo" consisting out of 16 tall Roman columns, that were moved here
from 2nd century temple or public bath house.

A statue of Constantine I is in the in the center of the square. He may have agreed to the "Edict of Milan" right here.