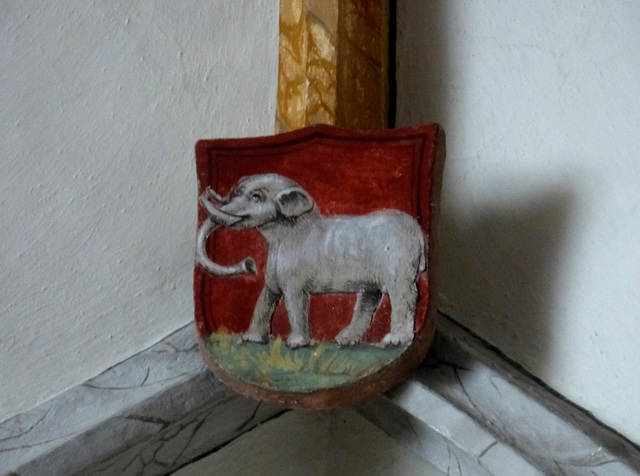 The Romanesque pillar basilica, dating from the 12th century, can still be recognized under late Gothic vaults, embellished with many coats of arms - and a pretty precise elephant, seen here.
Suggested groups:
Comments